Immanuel and World Outreach share a Mission Statement: Inspiring individuals to help people know Christ and grow to be like Him. Seven families have dedicated their lives to helping others know Christ. Immanuel Church supports these families financially and prayerfully.

Chris & Kathy Gouzoules serve with Christar and are based in Tenancingo, Mexico training people to reach 70 cities without Christ. The Gouzouleses have 3 children: Samuel, Ana Luz and Nico. Email: ckgouzoules@yahoo.com

Africa:
Bulus & Rose Galadima serve at Jos EWCA Theological Seminary (JETS) in Jos, Nigeria. Currently Bulus, Rose and son Atu are living in the Gurnee area & will be returning to Nigeria mid-summer. The Galadimas have 3 other children: Atsen, Abi and Arun. Email: rb.galadima@gmail.com

Asia:
Tom & Michele O’Brien are church planters in the Philippines, serving with Christar. The O’Briens have 3 children: Amanda, Stephanie and Colin. Email: tmobrien2002@yahoo.com

Additionally the Immanuel family supports Bright Hope whose mission is to reach the world poorest people groups. In Haiti, Immanuel sponsors a daily feeding program at a local school and in India we are engaged with anti-human trafficking.

Current prayer letters are available at the Info Circle or on-line, Please share our love of our missionaries and send an email to our missionaries to tell them you are praying or just to say hello!

Because of your faithful and generous support. World Outreach and Immanuel are able to reach the world for Christ!! 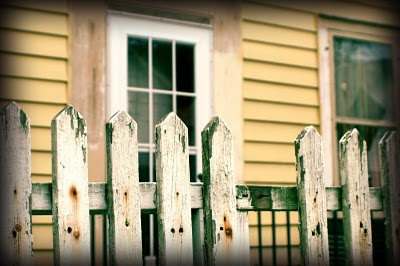 The Invitation: A True Story

Mike is a quiet, thoughtful guy who, along with his wife, is part of a local church. Mike gave his life to Jesus a couple of years ago on an Alpha Weekend, but his story is just one link in a very long chain. This is the story of Mike coming to Christ from the beginning … well at least from one point in time. Everyone in this story is a real person who is part of Immanuel Church – you may recognize some of them along the way! Here’s where we pick up the story:

Deb is a hair stylist in Gurnee. She is also the poster child for “missional living” in that she has such a deep relationship with God that it just spills out naturally in conversation. She is always on the lookout for “God opportunities” and really loves people.

Deb had been Dave’s “barber” (that’s what he calls her) for several years. Dave was a cop, and I mean that in the strictest sense of the word. Dave was the kind of guy who, if you watched him marching toward your pulled over car, you would immediately know he was not coming to issue just a warning.

Dave was mad. He was mad at the “church,” he was mad at life and he was mad at God. But that didn’t deter Deb. She established a friendship with Dave right there in her salon and patiently listened to his questions about life and God. When Dave’s life hit the skids, Deb was there offering prayer and an invitation to try church again, which Dave did. Deb then invited him to Alpha and even accompanied him on the first day.

Dave gave his life to Christ and was a transformed man. He went from seething with anger to brimming with the joy of the Lord. Dave eventually married his sweetheart, Maite, who did the Alpha course the semester after he did where she grew tremendously in her relationship with God.

Dave then invited Rodney to come on the Alpha course at Immanuel. Rodney was a fellow police officer who had almost no church in his background. He was open, but after attending one Alpha information brunch, he decided not to come on the course.

But Dave just kept being a good friend to Rodney and kept inviting him to Alpha. Rodney got engaged to Cathy and decided he would try Alpha if she would do it with him. She reluctantly came along thinking she would be in for some bashing of the religious tradition from which she came, but that didn’t happen, and after a few weeks she warmed up to the group.

Rodney gave his life to Christ on an Alpha weekend, and Cathy’s faith came alive on that same weekend. The whole trajectory of their lives was changed, and they began to serve in various ways at Immanuel.

For several years, Rodney and Dave kept inviting their mutual friend Mike to Alpha, but Mike wouldn’t budge. Then Maite invited Mike’s wife Marita to come. Marita came off-and-on to a first Alpha course and then came back to be a helper on another. On the Alpha weekend during her second course, Marita had a powerful experience with God that included healing for a deep emotional scar. She was so transformed that her face seemed different – somehow brighter – after that weekend.

Mike saw the difference in Marita and came on the next course. He gave his life to Christ and came back to serve on the next Alpha team.

One memory that never fails to bring tears to my eyes is that of Mike, a helper on the Alpha team, surrounded by the other guys on that team being prayed for just before he went out to offer one-on-one prayer to Alpha guests during the prayer ministry time. So many years, so many invitations and here he was living fully for Jesus.

And it all started with Deb … well, someone told Deb about Jesus, but that’s another story.

So who has God placed in your sphere of influence? Will you be inviting them to Alpha this time around? You never know what might happen if you do.

Because of your generosity to Accelerate, we are able to partner with God in His work of transforming lives. Thank you!

Marion Medina is the director of evangelism and community outreach at Immanuel. She enjoys running, nature, exploring, traveling and spending time with the people she loves.

You can tell it’s Christmastime by the ringing of the bell outside Jewel and by the appeals for donations in the mailbox, which, in terms of sheer bulk, come in second only to catalogues. It’s good to give this time of year – in fact it’s good to give anytime. Recent studies have shown that people feel happier when they give something than when they get something. And giving is relatively easy. You write a check or drop in a coin and it’s done.

But God didn’t just write a check. God came near.

That’s a lot more demanding. When I come near someone, I have to interact with them, and sometimes that leads to more interaction and one more relationship added to an already crowded life. Coming near requires me to give something more costly than money – it requires my presence, my time and my energy. But what if the busyness of life is robbing us of something amazing? If material giving makes us feel happy, what might giving a part of ourselves do – could it bring us more than happiness? Could it be the key to joy?

We tend to assume that the people around us have calendars as full as ours, but I was surprised to hear from two people last weekend that they will spend either Christmas Eve or Christmas day all by themselves. So here’s what Ray and I plan to do: we’re inviting a couple of neighbors over for a simple evening, and while we share time with them, we’ll be asking questions and finding out whether or not they have family coming in or other plans in place. If they don’t, we’ll invite them to share in some of our plans this season.

What about you? Could you make time to have some conversations with neighbors or co-workers and find out what they have planned this month? If they’re free on a Sunday, invite them to one of the Christmas services and then go out for brunch afterward. And if they’re free Christmas Eve, invite them to go with you to one of the services and perhaps even back to your house for whatever celebration you have planned.

Maybe the joy you are looking for is just around the corner…or a couple of doors down. Thank goodness the Creator didn’t wait for us to come to him. God took the first step. God came near.

Marion Medina is the director of evangelism and community outreach at Immanuel. She enjoys running, nature, exploring, traveling and spending time with the people she loves.