Recently we received an urgent prayer request from our missionaries Tom and Michele O’Brien about airstrikes that were happening in Zamboanga City in the Philippines. The military had been launching airstrikes to flush out rebels of the Nur Misuari faction of the Moro National Liberation Front (MNNLF) in the embattled zone of the city. Thankfully soldiers were able to rescue 26 civilian hostages that were being used as human shield in the city. The rescued hostages included men, women and children are recovering. 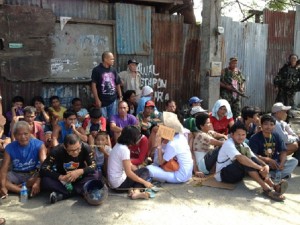 We also received news that one of their coworkers in the Philippines, Pastor David, was freed over the weekend. he was held for eight days but is now back with his family.

Please continue to pray for the other hostages, the safety of the city and for those that are still there ministering amoung the Tausug Muslims.

We also received news from Chris and Kathy Gouzoules.  They were happy to share good news after a church retreat they hosted in June. Here is a peak at the great things God is doing in Tenancingo:

Many pastors and church planters were challenged to plant churches that transform communities during a retreat in Tenancingo (June 2013) organized by Pastor Richarte.

This retreat was one answer to our prayers that a vision to reach and transform our region be led by Mexican pastors and church planters.

Remond and his wife, Conchi, (along with their two daughters) are potential church planters with passion and vision to plant churches with us in this region. They feel called to relocate to one of the 70 unreached cities. Please pray for them and us as we visit and pray over various cities together, asking God for his direction.

Please keep praying that God would raise up church planters and City of Refuge workers for each abandoned city.

Thank you for your continued love, support and prayers for our missionaries as they spread God’s word to those who need it most!

What's on your mind? Comment here! {It only takes an email address to comment. We won't spam you!} Cancel reply